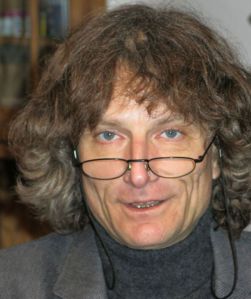 What if everything is an illusion and nothing exists?

In that case, I definitely overpaid for my carpet.

That’s basically all that needs to be said re all kinds of ›Realisms‹ that popped up in the history of philosophy―from ›ontological‹/Platonist realism via the medieval Universalienstreit to the so-called ›Structural Realisms‹ which are so en vogue today, but only push the ontological bump in the rug around.

Who I am
What I do

I'm reading philosophy of science & mathematical logic since 2012 about which I tweet at times: @Thomas_Kupka [phil].

I use a different handle for all things financial markets: @ThomasKupka1 [fin].

Profile pages open via the links below; you don't need to follow me, of course.